One Fer Sorrow
Friday the 13th started with that gallopen trollop Goldilocks sticken her ugly mug in front of the mirror and smashen it in ta smithereens from her sheer hidiousness. Well, that gallopen trollop Loxy, had no intention of sufferen from 7 years bad luck, and figuren the only cure was ta pass the bad luck on ta someone else, she rang Francis the Magpie and told him if he didn’t go and frighen all the luck out of MadDogTed, she’d tell the cops about the glitteren hoards that he had stashed away in his nest.

Meanwhile, MadDogTeddy, superstitious as ever, was in a fierce panic alltagather cos he couldn’t find any of his lucky charms ta get him through the day. But then, didn’t he get an anominous call tellen him that all his charms was beyont in the woods on top of the third tree ta the left. So he went on his way, hopen ta find all his lucky treasures, when what did he spot out of the corner of his eye - only Francis the Magpie. Well, the poor little fella nearly died of the fright and dropped almost half dead on the ground.

But then luckily didn’t MadDogTed spot a second magpie hiden in the bushes. Fierce relieved alltagather, he was just about ta get up when out of nowhere this squad car rattled inta the woods, swerved ta avoid me furry little pal and rammed in ta a tree what fell on top of poor MadDogTed, knocken him out stone cold.

Two Fer Joy
Anyways, in the heel of the reel it transpired that the second magpie, Fidelma, had just completed one a Goldilock’s “How ta get Yer Man” courses and on Loxy’s advice had been stalken Francis fer weeks and plaguen him with untracable anominous phone calls. Well, fer once, Francis was able ta identify the phone number that mornen and called the cops. Of course, it was Loxy’s number, not Fedilma’s, what showed up and that gallopen trollop got blamed fer the stalken and everythin and ended up getten 7 years community service looken after needy Teds.

On top of all that, when the tree fell on MadDogTed, didn’t all his missen lucky charms fall out of Francis’ nest. On hearen all this great news from his sick-bed, all me little pal could say, “Is Friday the 13th me lucky day or wot?”

Email ThisBlogThis!Share to TwitterShare to FacebookShare to Pinterest
Labels: Friday 13

Back ta School - a cautionary tale, as told by GallantTed

Us Teds are a bit broke after all da gallivanten we did duren da summer.  But luckily didn’t we see an ad on the internet offeren us classes on how ta get-rich-fierce-quick-alltagather. The classes are run by the world famous onterpineer, Mrs Trudy Loff.

Well, we applied fer the course and Trudy sent us a really nice personal email tellen us that a cute buncha tallented onterpineeren Teds like us could call her Tru.

We was right chuffed, I’ll tell ya, and being a biteen short of cash, we had ta go ta Mr Slasher fer a loan fer ta sign up ta Tru’s course - cos these thing don’t come cheap, ya know.

Anyways, Mr Slasher looked more that a biteen dubious fer sure and told us that he’d heard of manys the poor crature that ended up in the workhouse after signen up fer the very same get-rich-quick course.

One guy was advised ta purchase a pile of land fer ta make a football pitch out of. He borrowed up ta his eyeballs only ta discover that the land was riddled with moles and it was too bumpy fer anyone ta play on.

Then there was the woman what was advised ta specialise in luxury desserts and paid through the nose fer a secret recipe fer custard. But, alas, the mixture always came out lumpy no matter what she did.

And then there was Mr Slasher’s very own cousin, Belinda da Beautician, what spent an arm and a leg on fake tan that always came out uneven and was sued ta the armpits by her angry clientelle.
Which only goes ta prove ta ya - the course a Tru Loff never did run smooth.
at 22:40 4 comments:

GallantTed gives the lowdown on the Annual Nag Gags 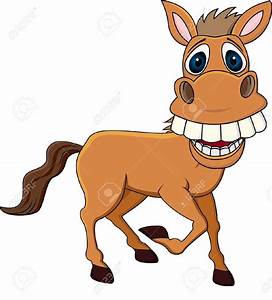 I’ve no doubt that the more cultured a ye what do be readen me blog will be familiar with the Annual Nag Gag Symposium what’s open ta everyone so long as they’re an ass, a hoss or a jennet or something along those equine breeds. The horsey contestints spend the weekend tellen jokes, funny stories and the like and then on the last night the best contestints are picked ta go inta the grand final where the overall winner with the most amusen and original story is chosen. Well, fer the very first time this year’s Symposium was held in Slasher’s Bar & Grill.

Now, the animal called The Champ, what was tipped ta win the final, was a proper show off alltagather and had all us annoyed goen on about how hillarious he was and how he’d won the title fer 3 years runnen and how his victory was in the nose-bag fer sure. I’ll tell ya, he just loved ta hear himself bray and could talk the hind-legs of a donkey fer sure.

Which in fact is just what the ejjit did. And before hoofen it outta town from the sheer boredom of The Champ’s constant whinnien, the said Hind-legs told everyone the very joke what The Champ had up his sleeve fer the grand final. So by the time our chump The Champ told it up on the stage it was no longer original and was rendered null and void. Which put a bit of a dampner on the night cos everyone had been saven their belly laffs fer the final and now there was no grate joke ta gaffaw at. But then next thing ya know, didn’t MadDogTed shout up “It just goes ta show ye fokes - a mule and his funny are soon parted!”

Well, the place errupted fer sure and that’s how, fer the first time ever, a humble little teddy bear – with no horsey connection whatsoever - won the the Annual Nag Gag Symposium.
at 01:59 No comments: 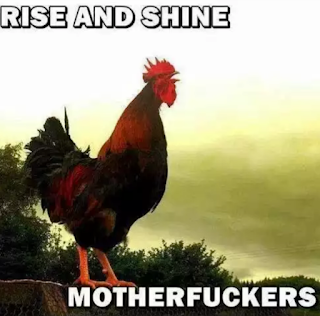